is a political advisor at the Centre for Humanitarian Dialogue.

Prior to his current occupation, Adam worked as a writer, consultant and political analyst focusing on the Middle East with an emphasis on Yemen and the Gulf. Adam reported from Yemen for The Economist, McClatchy Newspapers, and the Christian Science Monitor from 2011 to 2014. Previously a fellow in the International Security Program for the New America Foundation, Adam was also a visiting fellow at the European Council for Foreign Relations, where he published several pieces analyzing aspects of the current war in Yemen.

Adam’s writing has appeared in outlets including Foreign Policy, the Nation (US), The Daily Beast, the Guardian, the Daily Telegraph, the Independent (UK), Brownbook, Vice, the National (UAE), the BCC online, Roads and Kingdoms, the Atlantic, World Politics Review, and Sports Illustrated. He has been interviewed by radio and television outlets in the United States, Canada and Europe, including CBS Radio, ABC Radio, Al Jazeera English, France 24, Sky News, CNN, the CBC, NPR, Monocle Radio, MSNBC and the BBC.

Adam holds a Bachelor of Arts from Williams College in Arab Studies and Religion, and a Master of Arts in International Peace and Security from the department of War Studies at Kings College London. 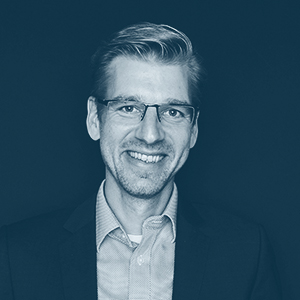 is a Professor of Middle East Politics and Society at the Friedrich-Alexander-University of Erlangen-Nürnberg (FAU).

Prior to his current position at FAU, Thomas was Assistant Professor for Political Science at the University of Hildesheim (2012-2015). In addition, Thomas serves as a board member and Hon. Secretary of the German Middle East Studies Association (DAVO), and as a Member of the Scientific Advisory Board of the Orient Institute Beirut (OIB).

Thomas has written for numerous peer-reviewed publications and also published/edited numerous books, e.g. in 2018, he co-edited, together with Tobias Schumacher and Andreas Marchetti, The Routledge Handbook on European Neighbourhood Policy (reviewed e.g. in Journal of Common Market Studies 7/2018) and in 2020 together with Marianne Kneuer a comprehensive volume on Authoritarian Gravity Centres: A Cross-Regional Study of Authoritarian Promotion and Diffusion.

His research, for which he has received numerous grants, focuses on state, power and politics in the Middle East from a comparative perspective, including international actors such as the European Union.

Thomas earned a PhD in 2008 on EU-Egyptian relations, which was awarded with the German Middle East Studies Association’s dissertation prize for best PhD in Middle Eastern studies. 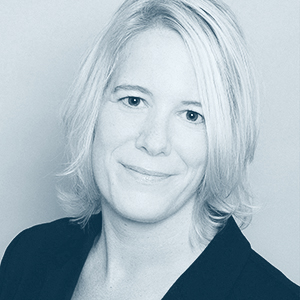 is the President and Co-founder of the Center for Applied Research in Partnership with the Orient (CARPO).

Next to the numerous Yemen related projects Marie coordinates at CARPO, she heads an academic exchange project with the University of Sanaa on post-conflict reconstruction in Yemen at the University of Bonn, funded by the German Academic Exchange Service (DAAD).

Since 2008, Marie has regularly worked as a consultant on development, peacebuilding and political change in Yemen. She is also the editor of the “Jemen Report”, the partially peer-reviewed magazine of the German-Yemeni society.

Marie has conducted extensive fieldwork in Yemen pursuant to her research and writings on the country, which focus on topics including: political transformation; security system reform (SSR); historical background and collective memory; identifications and mobilization: religion, ethnicity, and gender; civil society and societal politics; conflict transformation, peacebuilding and post-conflict reconstruction. 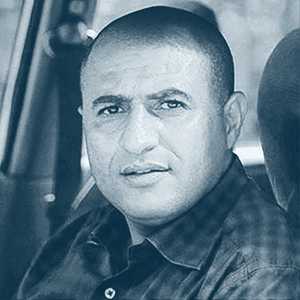 is  the Correspondent for Sky News Arabia in India.

Active in Yemen’s journalism community since 1998, Mohammed reported from the frontlines of the war in Yemen until June 2019. Based in the conflict-torn city of Taiz, and the West Coast, he spent over five years risking his life to capture the humanitarian situation on the ground. Mohammed has reported for local as well as Arab and international media outlets including Yemen Times, Al-Riyadh, Bloomberg News, the Washington Post, the National, theSunday Times, Gulf Marketing Review, and theDaily Telegraph. At Yemen Times he held multiple positions including assistant managing editor and managing editor. Mohammed’s broadcast work includes his reporting for MBC’s English-language TV channel, DW Radio and TV, France 24 (both English and Arabic), Sky News Arabia TV. He is now a correspondent for the pan-Arab television Sky News Arabia in India.

Mohammed was Yemen’s main contributor to Al Jazeera International at its launch until 2012. He contributed in-depth political and security analyses on Yemen to The Economist Intelligence Review from 2000-2012. He was also Yemen’s political and security freelance contributor and analyst for Control Risks, a UK-based business risk consultancy, from 2010-2012. He also worked as a freelance independent analyst with several other agencies and media outlets, giving interviews to numerous media.

Mohammed was assistant professor of English language, literature and translation at Sana’a University between 2000 -2015. 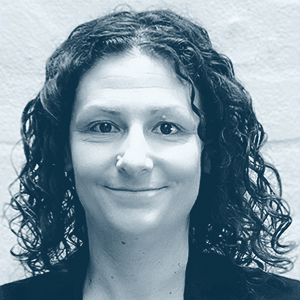 is an Australian Research Council Early Career Researcher at the Department of Government and International Relations, The University of Sydney.

Sarah Phillips teaches and researches international relations, particularly in the field of international security and development. Her research draws from years of in-depth fieldwork (the bulk of which was in Yemen), and focuses on international intervention in the global South, knowledge production in conflict-affected states, and non-state governance. She is a huge fan of all things Yemeni.

Sarah is the author of two books on Yemen, Yemen’s Democracy Experiment (Palgrave 2008), and Yemen and the Politics of Permanent Crisis (Routledge, 2011). Her most recent book, When There Was No Aid: War and Peace in Somaliland (Cornell University Press, 2020), was awarded the Australian Political Science Association’s biennial Crisp Prize for the best scholarly political science monograph (2018-20). She is also published widely in top-tiered academic journals, including International Studies Quarterly, the European Journal of International Relations, African Affairs, Foreign Affairs, and International Affairs. Her article in African Affairs (co-authored with Justin Hastings) won the Stephen Ellis Prize for the most innovative article in 2014-15.

Sarah holds an Australian Research Council Future Fellowship, and a Sydney Outstanding Academic Researcher (SOAR) Fellowship. She is a Research Associate at the Developmental Leadership Program (University of Birmingham, UK) and a Non-Resident Fellow at the Sana’a Center for Strategic Studies (Yemen and Lebanon). is a Research Fellow at the German Institute for Global and Area Studies (GIGA).

Prior to his current position at GIGA, Jens was a lecturer of Middle East politics at the Centre for Near and Middle Eastern Studies, University of Marburg (2009–2015), and served as acting cultural attaché at the German Embassy in Sanaa (2008–2009).

His research interests include political Islam, political opposition in authoritarian regimes, and the international relations of the Persian Gulf. His research has appeared in journals such as Democratization, Middle East Policy and Middle Eastern Studies. Since 2019, he leads the work package Contested Authority and Knowledge Production in the ITN-MSCA project Mediating Islam in the Digital Age (EC, Horizon 2020).

Jens earned a PhD at the University of Marburg in 2016. His dissertation thesis “Opposition Cooperation under Authoritarianism: The Case of the Joint Meeting Parties” was awarded with the dissertation prize of the German Middle East Studies Association. 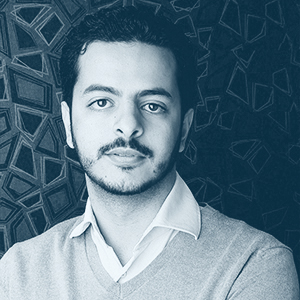 is a Fellow of Practice – Strategic Projects at the Blavatnik School of Government, University of Oxford, where he is currently the Convenor of the Council on State Fragility.

From 2018 to 2019, Rafat led the secretariat of Pathways for Prosperity Commission on Technology and Inclusive Development. From 2017 to 2018, he managed the LSE-Oxford Commission on State Fragility, Growth and Development.

Rafat previously served as Minister of Youth and Sports in the Government of Yemen, and prior to that was leading the policy reforms team at the Executive Bureau for Acceleration of Aid Absorption and Support for Policy Reforms. He has also worked as a senior consultant and analyst for organisations such as PricewaterhouseCoopers and IBM in Canada and was a member of the accessions division at the World Trade Organization (WTO) in Geneva. Rafat was both a non-resident fellow at the Rafik Hariri Center for the Middle East at the Atlantic Council and a member of the board of advisors for the GCC in Transition project at Chatham House. The co-founder and chairman of Resonate! Yemen, Rafat also sits on the board of advisors of Hemmat Shabab Foundation in Yemen and is a trustee of Silatech.

Rafat has a Master of Business Administration (MBA) from Ecole des Hautes Etudes Commerciales, Montréal, Canada, and Master of Public Policy (MPP) at the Blavatnik School of Government. 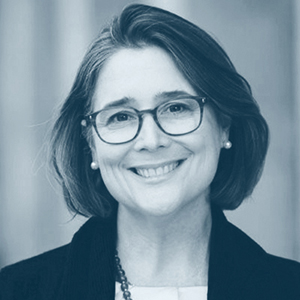 is the Interim Executive Director for the World Affairs Council of Maine and a Non-Resident Fellow at the Boston Consortium for Arab Region Studies.

Alison is also a regular contributor to the Cairo Review of Global Affairs, and “Political Violence @ a Glance,” and serves on the Editorial Board for Frontiers: The Interdisciplinary Journal of Study Abroad.

Alison was previously a member of the faculty at the American University in Cairo in the School of Global Affairs, where she taught courses on international security and conflict resolution. She was also the director of the Master’s in Global Affairs at AUC, a program which prepared graduate students for leadership positions in the conduct of international affairs and public policy with a specific emphasis on students from Egypt and the MENA region. Additionally, Alison was the Resident Director for CIEE’s Amman, Jordan Study Center.

Her research interests focus on the relationship of power-asymmetry and insecurity in conflict management both at the inter and intra-state levels.

Alison has a PhD in International Affairs from the Fletcher School of Law and Diplomacy at Tufts University. 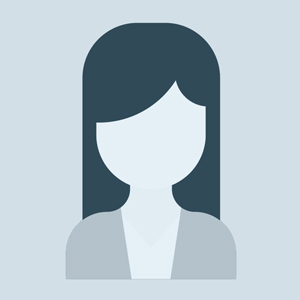 is the Executive Director of Resonate! Yemen.

She is also the co-founder and former managing director of the Yemen Loan Guarantee Program at the Social Fund for Development, which focuses on the social and economic empowerment of women, youth and (MSMEs) in the microfinance industry. Laila is currently a development champion in the Rethinking Yemen’s Economy initiative, funded by the European Union and the Embassy of the Kingdom of the Netherlands for Yemen. She remains an active member on the board of directors for several local NGOs working in the development sector and on microfinancing.

Laila was previously a senior manager for a local NGO, SOUL for Development, which advocates for women and youth empowerment, health, and child rights.

Laila has a Bachelor of Business Administration from the American University in Cairo.